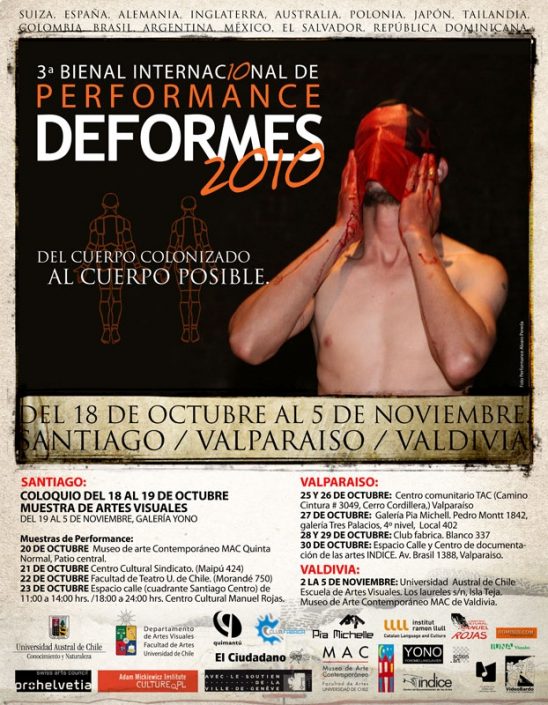 In a totally dark room, the performer wears black.

Placed in the corner, the performer holds two large white paper bags. Each one contains a lit candle and steaming sandalwood sticks.

With one hand he lifts one of the candles, spiral movement up and down, until he puts off the other candle.

The sound begins slowly as you walk diagonally, carrying a bag.

A projector projects, on the performer's back, a thin vertical line of light that becomes a smoked surface.

When the performer has walked to the other corner, lights a cigarette and exhales the smoke in the beam of light creating figures.

Trying to smell, hear, taste and touch the light.

One of her hands is naked and the other uses a black glove with white bones.

The performer is playing with both hands as light and shadow.

With his arm he creates a window to look at the public on the other side of the surface of the light.

Cross the wall of light as you exhale the smoke from your lips. The performer creates a similar process of action from the other side.

With the cigarette lights three sandalwood sticks that move fast, drawing figures of light and smoke.

Once he passes through the light wall again, leave the space.

The projector is now projecting a DVD with a thin vertical line of light pierced by death masks for three minutes.