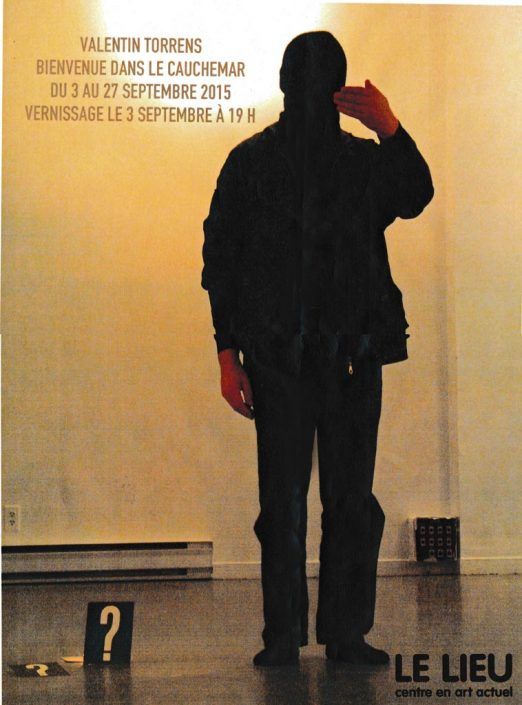 On this occasion the performer does nothing. Ask the audience Why do they look at me?

A good time goes by smoking a cigarette and he says he will not do anything, the audience is still waiting without anything happening.

It accompanies the audience in the disappointment of their expectations, their expectant condition that gives them the conformation of the public.

Uncertainty of situation that confronts each one, in the absence of action, with his imaginary of the possible and is not

After finishing the cigar, the performer tells them that he is going to do something but only for the internet: he creates a human wall with spectators on their backs who record the action with their mobile phones: the performer breathing.

He places a pedestal in front of the audience, takes out a few boxes of matches that set on the table next to small colored led lights.

The action delocalises the audience in mere witnesses of something invisible: the ant show that develops in the corner of the pedestal with the eyes of the performer.

While critically commenting on aspects of performance and its cultural context

After this action he is placed in front of the video projection of the installation. Faced with its shadow, the whole head is covered with black, in one hand a skeleton glove. Light a cigarrette

It moves to the right and its shadow on the projection disappears, at the same time it turns towards the light.

In one hand he holds a torch that illuminates the smoke of the cigarrette, with the other hand he takes the smoke that when he opens his fist disappears like the performer.