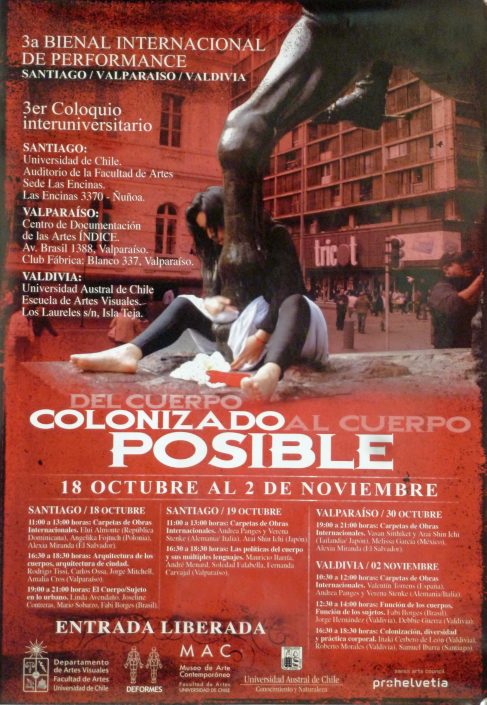 Once seated and calm, the performer gives three blows to the wall and the lights go out

In another side of the room opposite to the wall he has arranged a fishing rod from which it hangs a flash-light in horizontal balance position.

Little by little the shade of my head is appearing on the wall. Bringing over and removing the flash-light I can create shades of different sizes in movement.

Meanwhile in the three-dimensional space the finger indicates, in the shade it’s touching the outline of the shade of his head. The performer’s open his hands, stopping the shade on real space, becomes superposition of shades that seem to make fun on the wall.

I go approaching the wall

To allow to rest the movement

Carrying the cane in balance on the head

I go approaching more the wall

I indicate the handle of the cane

From 3 meters of the wall I take the cane for the handle and throw the flash-light over my head and introduce in a back sack that was always there, shaken as a fish up to extinguish the flash-light

The room is in blackout.

I extract the flash-lights without the hoods, placed on the back.

To begin light from the neck

To go on to the sides of the head

From behind ahead over the head

I extinguish one of the flash-lights and with the other one I put little by little the hood focusing now towards the audience when I stretch the hand to touch them the light goes out.